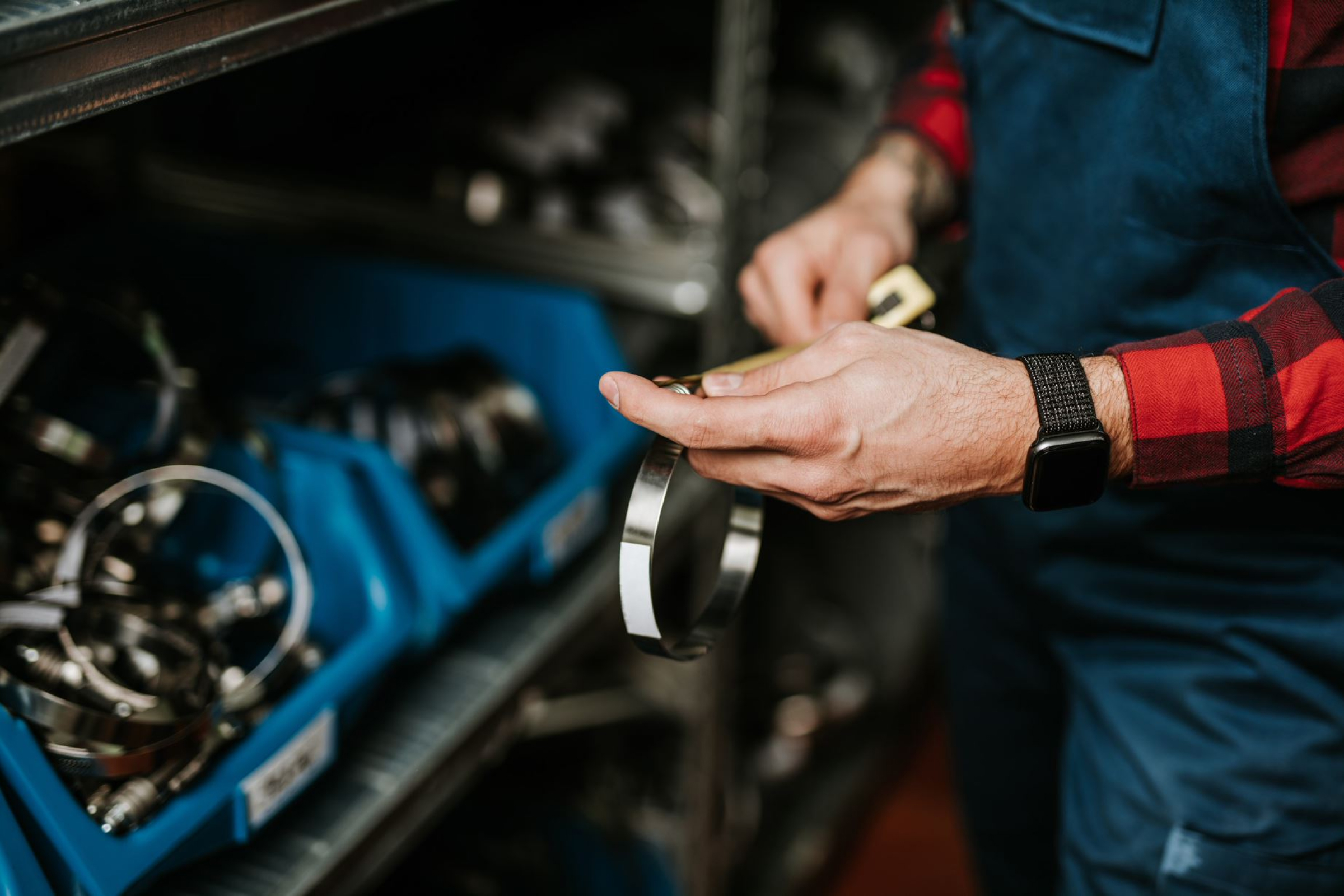 At the leading Nordic distributor Ahlsell rapid growth has been the natural state of things for a very long time. In 2008 the existing warehousing system in Finland had become a bottleneck and the implementation of Astro WMS® from Consafe Logistics began. Since then the range of products has increased by 3.5 times and the volume has doubled. With our solution Ahlsell has been able to grow cost-efficiently and is ready to take on whatever the future might bring.

In 2008 Ahlsell Finland had been on a steady growth path for a number of years, with the number of order lines growing from 400,000 in 2003 to 1 million in 2008. For warehouse management a module in the existing ERP-system was used. It was working, but becoming a holdback in the company’s development. There was also a need for improved quality, regarding e. g. picking errors and delivery accuracy.

Therefore an investment in a new WMS was decided upon, that would allow Ahlsell to grow efficiently, while also achieving:

A few years earlier Astro WMS® had been implemented in Ahlsell’s Swedish central warehouse, and the choice to go with the system on all markets was a group decision. The implementation started in the fall of 2008 turned out to be a true success story. On April 19th 2009 (on a Friday) the old system was shut down, and the following Monday all deliveries were made according to plan, in the new WMS. Within one month picking accuracy had increased by 50 %, and efficiency was up by 25 %.

Since then the system has been continuously developed and improved. In 2013 the warehouse in Hyvinkää was partly automated, and Ahlsell chose to implement an integrated WCS from Consafe Logistics. The latest addition is a module for AI-driven box calculation, which enables reduced transport costs and a higher degree of sustainability. Ahlsell has also developed value-adding services in packing and marking, with the help of Consafe Logistics.

All in all the new system support has increased overall efficiency in the Hyvinkää warehouse by 30-35 %, despite the fact that the volume has increased dramatically since the implementation. But most importantly, the quality of the deliveries has improved and surveys show that customers’ satisfaction has improved to astounding levels.

For the future Ahlsell is looking into developing the system with more AI functionality, e g pick route optimization. And of course the aim is to continue to grow their operations, in their now future-proof warehouse.

Since the implementation we have doubled our volume and increased our product range with more than 300 %. Astro WMS® has enabled us to grow efficiently and adapt to new demands and business models. You can tell Consafe Logistics is a high-tech company with a fast pace in development. At the same time the system is intuitive and easy to use. Simply put, Our WMS is part of the things we don’t have to think about anymore.

The history of Ahlsell began already in 1877 and today the company is the leading Nordic distributor of installation products, tools and supplies for professional customers. Ahlsell’s operations cover 5,700 employees, over 240 stores and three central warehouses. The product offer exceeds one million articles. In Finland Ahlsell runs one central warehouse in Hyvinkää, 50 kilometers from Helsinki and 32 stores all over Finland. Deliveries from the central warehouse are made to the stores or directly to the customers’ office or work sites.

Curious How We Can Help You?

Do you have a question, want a demo, or just long to learn more about warehouse management? We are here for you, ready to share our expert knowledge and help you improve your business. Fill in the contact form below to get in touch whit a member of our team.